We took the rest of our interview to the other side of the van while exploring Dayton Cars & Coffee, which takes place at Austin Landing every other Saturday morning, and caught up with event coordinator Kenny Brightman.

"Everybody has a memory of a car; it's a part of the American fabric," says Brightman, who spent the summers of his childhood walking the aisles of "every car show possible" with his dad, who was on the board for five larger car shows in Dayton. Kenny is an avid Porsche fan, and favors the classic caramel latte when frequenting the Java Johnny's Espressomoto van.

Cars & Coffee first started in California, where car enthusiasts and families loved the concept of starting it first thing on a Saturday morning, when they were most free. Eventually other cities began adopting it, and it has since grown to not only a national, but an international event.

Kenny has been at the helm for Dayton Cars & Coffee for four years, with planning beginning in 2012 and kick-off in 2014.

This "rolling art" event hosts 500-700 cars on average and has grown to be the largest car show in the tri-state.

When discussing what the Java Johnny's Espressomoto van brings to Cars & Coffee, Kenny explained that the Sports Car Club of America used to give out free coffees at the event, but as the numbers grew, there became a need for more specialized coffee drinks.

"Java Johnny's was the perfect fit, and it was a win-win."

Local business like Java Johnny's are the "right fit for the right crowd" according to Kenny, whose sponsors of the car show include Hanson's Audio/Video, who have been in business for 24 years, and White Allen Porsche for 75 years in Dayton.

Whether surrounded by classic cars, local vendors, or area businesses, the Espressomoto is hard to miss-and hard to resist! 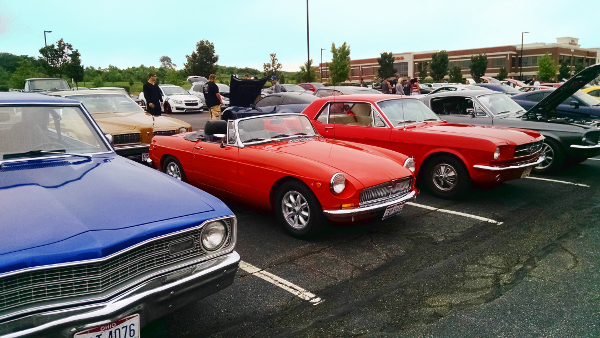 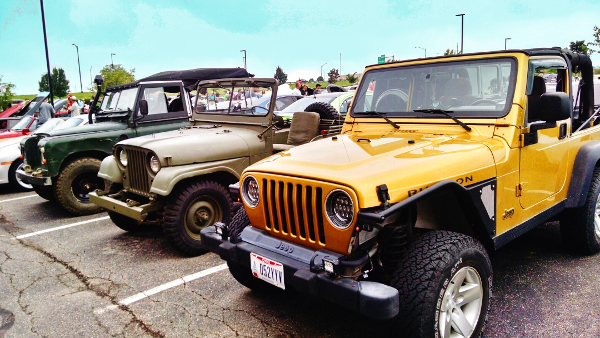